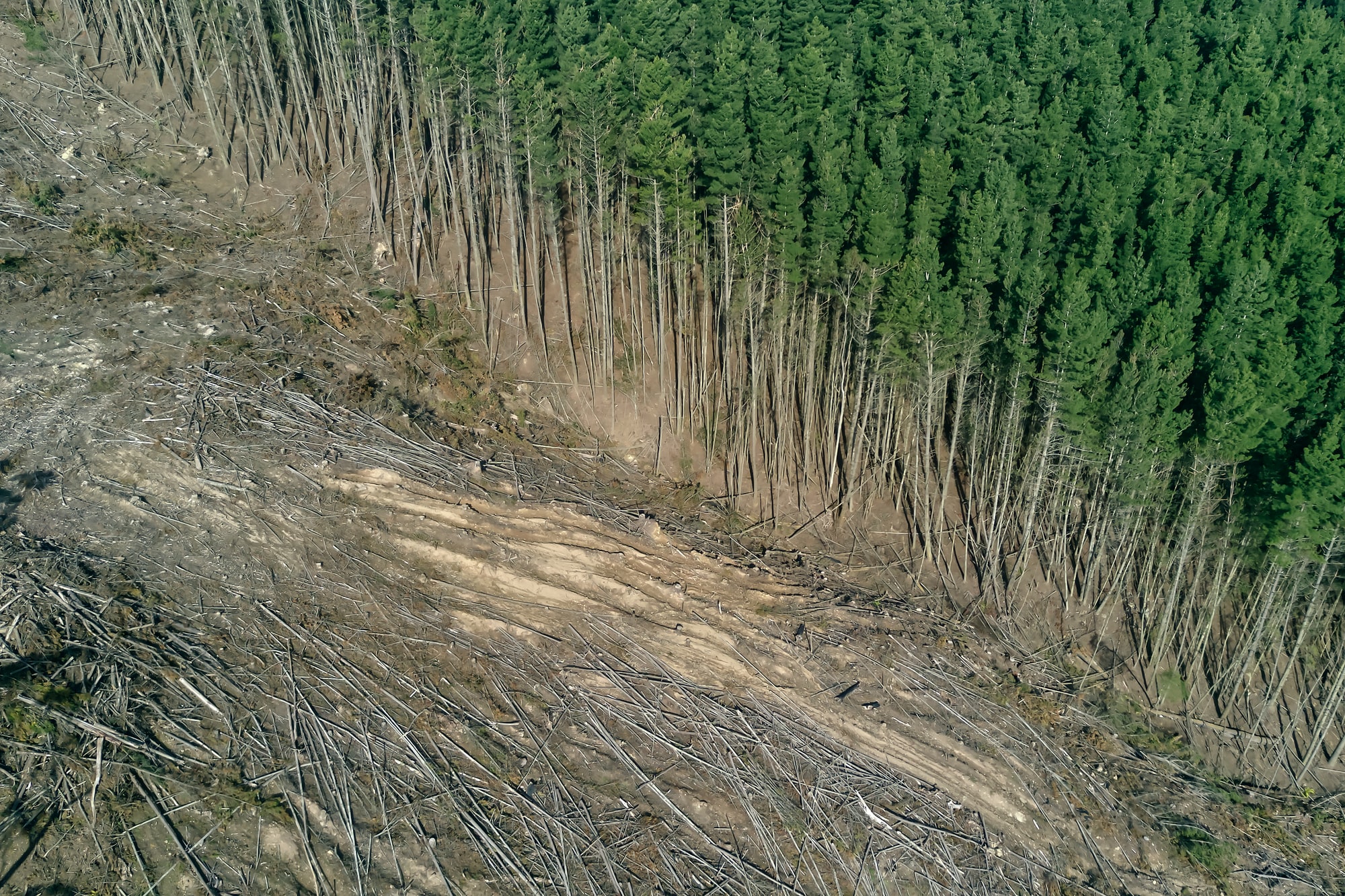 ESG investors are known for paying close attention to the ecological/environmental, social, and green aspects of a business before investing in it. With climate change an increasingly significant threat to human species, it is natural that more and more people would like to make investments or do business in a way that is sustainable in the long run.

Businesses large and small have also taken notice of the rising popularity of ESG, as sustainability is the new catchphrase that we regularly hear across the world. United Nations has come up with sustainable development goals in 2015, and since then, more and more countries are adopting these in their development policies.

This new emphasis on sustainable development is once again highlighting the poor business practices followed by corporations in the blind pursuit of profit. Most corporations have realized that they cannot remain deaf to the rising clamor for sustainability and have started changing how their businesses are run.

Many businesses have adopted the controversial practice of greenwashing to create a false perception that their operations are environment-friendly when they are still using practices and methods detrimental to the environment. In this article, we will discuss the use of greenwashing, blue washing, social washing, and pinkwashing by businesses in detail.

A brief history of Social, Green, Blue and Pink Washing

Greenwashing is perhaps the oldest of all these practices as the phrase “Greenwashing” itself was coined in the 1980s. Although, one can argue that corporations have been engaging in similar practices since, even earlier as tobacco companies fought tooth and nail to argue against the fact that tobacco causes cancer in the 1950s and 1960s.

Over the last few decades, companies have come under increasing pressure to adopt environment-friendly policies and run their business more sustainably. Greenwashing, social washing, and pinkwashing have also risen proportionally to the pressure being applied to corporations. We can safely assume that these practices have become popular in the decades since the 1980s. Some industries, such as hydrocarbons, tobacco, chemicals, are known to use greenwashing to mask the real damage caused to the environment by their operations.

Companies in the energy sector are considered to have among the worst environmental records and not surprisingly are among the most frequent practitioners of greenwashing to polish their image. BP is a leading example of this phenomenon as the company became notorious for the Deepwater Horizon Oil Spill in 2010 and has also been known for Prudhoe Bay Oil Spill in 2006 and a similar incident in the Caspian Sea in 2008.

It is no coincidence that BP choose a combination of Yellow and Green for their new logo. Yellow is supposedly signifying sun and green for greenery. Several environmental activists have said that even the rebranding exercise of the company is another attempt to greenwash and shift focus from its poor environmental record. Just last year, BP was again a target of a complaint by environmental lawyers who claimed that the company is using misleading advertising to greenwash its image.

BP is not alone as overall, the entire fossil fuel industry is known for having a careless attitude towards the environment and other oil majors such as Chevron, Total, Royal Dutch Shell are also known for similar practices. Italian oil giant Eni was recently slapped with a €5 million fine for greenwashing by Italy’s Competition Regulator.

Social washing is quite similar to greenwashing, except the fact that corporations are wrongfully trying to market themselves as socially conscious. In reality, they don’t do anything beyond lip service to support the cause espoused by them in the social washing campaigns. Labor rights, along with the human rights of employees and the broader communities, gender equality, and discrimination within corporations, have been in the spotlight for some time.

Corporations have frequently faced scrutiny on these issues, and some have genuinely considered the rights of their employees and stakeholders into account. At the same time, others have adopted the practice of social washing, where the management misleads the public by falsely claiming that they are focused on the wellbeing of all the stakeholders without doing anything to support these claims.

Social washing is quite similar to greenwashing, except the fact that corporations are wrongfully trying to market themselves as socially conscious. In reality, they don’t do anything beyond lip service to support the cause espoused by them in the social washing campaigns

Social washing is also present across the globe, although some industries such as mining, resource extraction, farming perform worse than others in terms of the social impact of their operations. Mining deserves a special mention here as it is among the few industries that have both a poor environmental and social record.
Some mining companies have resorted to SDG washing, which necessarily entails false claims of the operations being run in a sustainable way to comply with Sustainable development goals. Vedanta, an Anglo-Indian miner, is an excellent example of social washing as the company has been in the news for mining deaths, environmental destruction, and spreading carcinogens in the local communities for almost a decade.

Amnesty International criticized the company in 2010, and the company was again in the news when 13 people protesting against its copper smelting plant were killed in police firing. Vedanta continues to social washing by claiming that it adhered to the highest industry safety standards and is committed towards sustainable development goals.

LGBT rights have given corporations another avenue for practicing their shady marketing and public relations techniques. It has become quite common to see companies lining up for sponsoring LGBT pride events while at the same time doing nothing to make the lives of their LGBT employees easier at work. These LGBT employees often face discrimination and harassment at work due to their sexual orientation.

It’s not only companies that pink wash, indeed the Obama administration is considered by some to have adopted pinkwashing to distract the public from its other controversial policies. A wide range of companies, including some household names such as Amazon, Ikea, Barclays, JC Penney, have used pinkwashing to create a false impression of being LGBT friendly.

Blue washing refers to the practice of businesses to sign up for the UN global compact and use their association with the United Nations to enhance their image and shift attention from their controversial business practices. United Nations created their UN Global Compact program at the turn of the century supposedly to bring corporations onboard for the Millennial Development Goals and Sustainable Development Goals.

Some of the worst known violators of environmental law and human rights, including BP, Eni, Royal Dutch Shell, Rosneft, and BHP, have participated in the UN Global Compact for several years without any improvement in their business practices. Even a cursory look is enough to conclude that most corporations sign up to brush up their environmental credentials without any intention of ever following the 10 principles of the Global Compact.

How corporations are misleading ESG investors

ESG investing has become a force to be reckoned with as the total amount of investments managed with ESG metrics in mind has crossed $30 trillion in 2018. The industry is expected to continue its rise as almost 84% of millennials say that ESG is a central goal in their investment plans.

A lot of companies have noticed this change in investor preference and have tried to benefit by adopting the greenwashing, social washing, pinkwashing, and blue washing techniques. In most cases, the company raising funds via equity markets or by issuing debt has no intention of changing its business practices, and the claimed environment, social, or LGBT friendly stance is just another marketing gimmick aimed at raising as much money as possible from a gullible public.

The recent spurt in social or Covid-19 bonds is an excellent example of how companies are misleading investors by using the “social” tag. On the surface, these bonds promise that the funds will be used for social causes or to make the operations of business more friendly to all stakeholders. But a simple reading of the prospectus will throw up some surprises as investors often discover that the company may also use the funds raised via social bonds for other non-social and sometimes wholly unrelated projects.

The fact that there is no universal standard for measuring the progress made by a company on the social front further compounds this issue. Social benefits are often hard to quantify using numbers as these mostly result in improvement in the quality of life. At present, there is no universally accepted metric available for measuring the impact of social initiatives on the lives of people.
Covid-19 disruption has once again put the social impact of business under the spotlight with more and more investors concerned about how companies treat their contractors, employees, temporary employees, etc. People have become aware of the plight of millions of workers who happen to be at the bottom of the workforce and are interested in investing in companies that take the social aspect of ESG seriously.

Where do we go from here?

Social investors need to be extra careful when investing in businesses that claim to be conscious of their social impact. ESG investing in general and social investing requires a good amount of due diligence if you want to support the causes in which you believe.

In earlier days, ESG investors did not have access to the amount of data that is available today. With the democratization of knowledge, you can now easily verify whether the corporations in which you invest really care about the social impact of their operations or are merely paying lip service to their social commitments. The secret of ESG investing is not to take the claims of businesses on face value and to always conduct due diligence before investing.

Tracking the Carbon Intensity of Your Portfolio

How alternative data can lend clarity and transparency to company analysis