Login7 DAY Free TRIAL
Blog / Insights / Recent announcements by BP are a victory for ESG investors - but their actions need to catch up.

Recent announcements by BP are a victory for ESG investors - but their actions need to catch up. 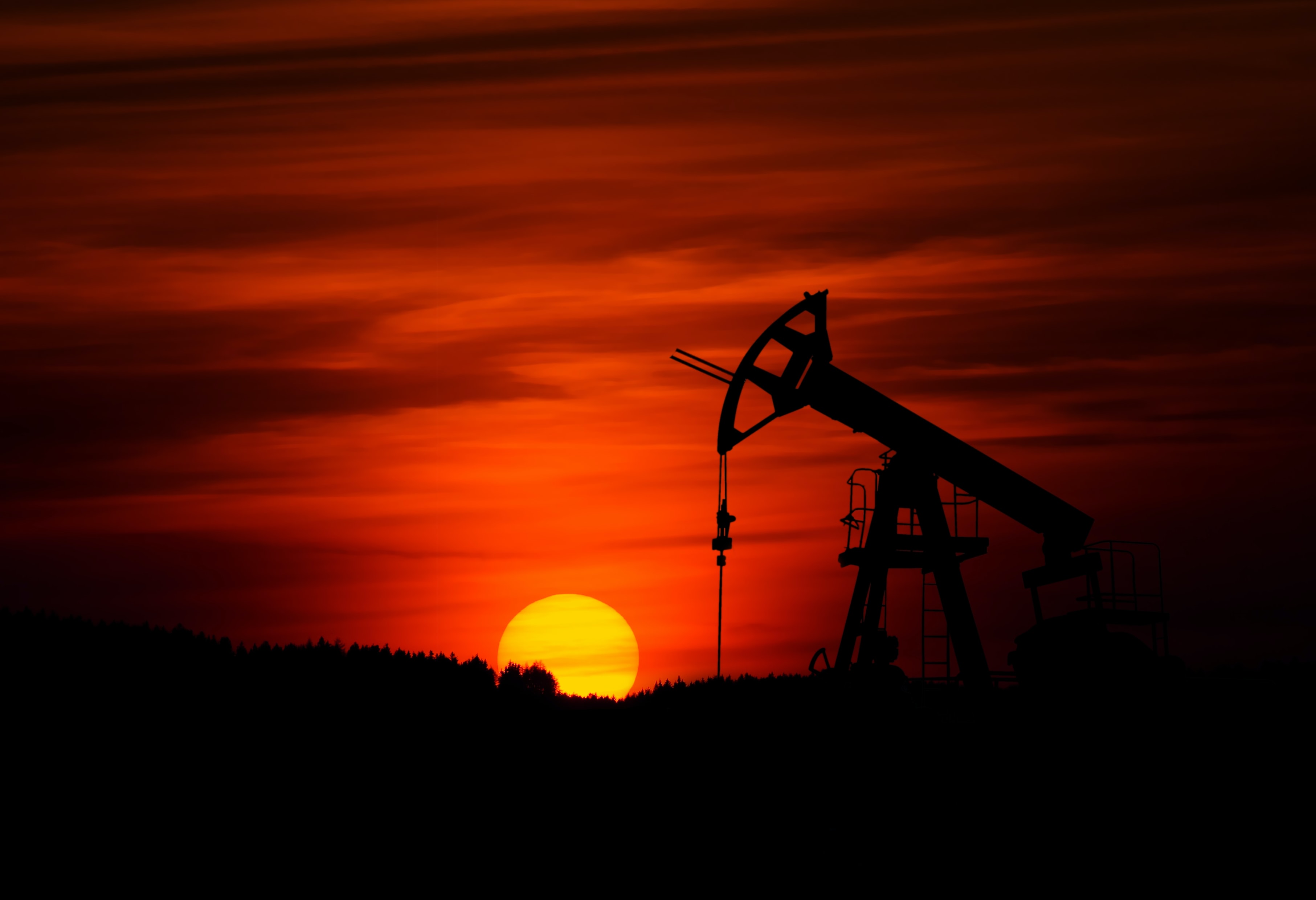 Fossil fuels have been identified as among the main reasons behind global warming, and ESG investors seem to be fighting a battle against fossil fuel companies for decades. Until recently, most companies operating in the fossil fuel industry refused to consider how harmful their products and operations are to the environment around them. Although, this has started to change in the last few years as now almost all major oil majors such as BP, Shell, Total, Eni, with the notable exception of US-based oil and gas companies, accept the negative impact of their operations on climate.

Electric cars and renewable energy have long dominated the discourse for the last decade, but it seems that the world is moving away from fossil fuels much faster than what was expected just a few years ago. BP’s recent announcements must be taken as a confirmation of this trend, and in this article, we will discuss why these announcements are a victory for ESG investors.

We will also look at the data from ESG Analytics and show how alternative data is painting a different picture than what the company is saying. We are optimistic that with a large mega trend underway, BP can overcome its past behaviour, learn from its mistakes and become a global leader in sustainability and renewable energy.

BP was affected by the wild swing in the price of hydrocarbons that resulted from the coronavirus induced lockdowns across the world. It’s the first time that oil price was in the negative territory, and although the price recovered after April, BP posted an operating loss of $6.7 billion for the 2nd quarter.

As shown in the above graph, the 2nd quarter average Brent oil price was almost 40% lower than 1Q. BP’s refining marker margin averaged $5.90 in the second quarter compared with a refining margin of $15.20 a year ago, and the RMM was also down 33% compared to the 1Q.

This was not an unexpected loss as BP announced a $17.5 billion write-down in June and signaled that losses would be in billions for the 2nd quarter. Low oil prices and the expectation that the prices will remain low for several years were the primary reasons for this write-down.

BP was the first oil major though not the last to announce write down in assets value as Shell also reported a $22 billion write-down and ExxonMobil also warned that it might be forced to write down 20% of its assets on account of the crash in oil prices after posting its first loss in 30 years.

What sets BP apart is that the company is forecasting that oil demand will peak in the 2020s, and the management at BP is busy transitioning it away from fossil fuels.

In a conference call, BP announced that the company would reduce its hydrocarbon output by 40% by 2030 and increase its spending on renewable energy 10 times by the next decade. At present, BP spends around $500 million annually on renewable energy, and this figure is expected to rise to $5 billion a year by 2030.

What sets BP apart is that the company is forecasting that oil demand will peak in the 2020s, and the management at BP is busy transitioning it away from fossil fuels.

BP has drafted a new strategy to make its operations environment friendly, emphasizing clean energy generation. More importantly, BP is currently the only oil major that has announced a halt in future exploration for hydrocarbons in new geographies. This essentially means that other than the countries where BP has existing oil operations, it will not look for oil in new geography.

The above image shows the extent of changes announced by BP. As you can see from this image, renewables capacity is expected to increase from 2.5 GW to 50 GW between 2019 and 2030, while the number of EV charging points are expected to grow from around 7,500 to 70,000 in the same period.

The most surprising figure is oil and gas production, as BP predicts that their oil and gas production will decline from 2.6 mmboed to 1.5 mmboed in a decade or a loss of 40%. This makes BP the only major oil company committed to reducing its output of fossil fuels in favor of renewable forms of energy.

BP’s focus on clean energy is clear from these stats as the company is doing all in its power to increase its share of renewable energy while at the same time reducing its hydrocarbon output. The company is also aiming to increase its biofuel capacity 5 times in 2030 and is also eyeing a 10% market share in core markets for Hydrogen, which is also considered a zero-emission fuel that can help reduce emissions.

BP’s recent announcement indicates that the company has realized the disruptive nature of energy transition and is currently preparing itself. Despite the increased focus on climate change and the negative role played by fossil fuels in global warming, many oil companies still refuse to believe that the world is, at last, moving away from fossil fuels. BP’s acceptance of the energy transition puts the company in a better place than its competitors, and BP is moving towards a business model that is not wholly reliant on hydrocarbons.

What this means for the future of fossil fuels

Not too long ago, most oil companies refused to believe that the world will ever move away from fossil fuels. But the recent announcements by BP show that the company has finally accepted this fact and has started preparing for the ongoing energy transition by scaling up its presence and investments in the renewable energy space.

This essentially means that fossil fuels' future is not as bright as what most oil companies believed until recently. BP has also prepared three different energy scenarios for planning their transition strategy, as shown in the image below:

The one thing that is common in all these scenarios is that renewable sources of energy are expected to increase their market share drastically. BP is among the few energy companies that have realized that no matter what happens, the share of renewables in the energy mix will only increase in the future. The company is aggressively preparing to benefit from this change by trimming its hydrocarbon operations and redirecting investments towards renewable sources of energy.

The team at ESG Analytics is excited about BPs shift to clean energy - however, rosy announcements will always have to be backed up by clear evidence that the company is taking steps in the right direction.

ESG Analytics uses alternative data and proprietary ESG algorithms t0 scan the world for material risk that exists for companies across the world. A preliminary search of BP on the ESG analytics platform reveals the following flags to investigate further.

This is showing a large list of sustainability flags, that we can investigate further to understand the difference between what BP is saying and what the world is saying.

The chart here shows a timeline view of material ESG risk uncovered by our AI, and shows a range of positive and negative impacts under BP. Hovering over we can see some clear examples of where BP has been called out for greenwashing.

The sentiment summary is showing a 50/50 split between positive and negative ESG topics that our AI picked. A small sample of these flags are below.

If we take a deeper dive into a few of these we see that there are several cases where BP is being actively sued both for greenwashing. ESG Analytics has intelligent highlighting for this alternative data, allowing you to quickly grasp key points.

These two samples show evidence of greenwashing and corruption scandals regarding BP's oil assets. If we go through the rest of the analysis, other things we see include:

Many of these are negative impacts, and show how the world really feels - and provides insight that for the existing assets, there are major risks ahead as BP starts their move to transition. The risk in the countries they operate in, the assets they deal with and their business practices will have to evolve along with their plan. It is not all doom and gloom, and there is supporting evidence of their transition plan such as BP teaming up with Didi to manufacture electric charging stations, but not much else.

Effectively, for all the benefits BP is touting, it Is clear from the world around them that we will need to see real actions from the company outside of corporate reports and graphs that show the path to energy transition by 2030. They can get there, but as we can see, using alternative data trained to look at ESG topics there will need to be less spikes on a chart like this to make their plans a reality.

Many of these are negative impacts, and show how the world really feels - and provides insight that for the existing assets, there are major risks ahead as BP starts their move to transition. The risk in the countries they operate in, the assets they deal with and their business practices will have to evolve along with their plan.

It was uncommon to see climate change activists and oil companies on the same change until recently, but the recent announcements by BP have changed this as now this major oil company essentially agrees with the assessments of climate change experts.

ESG investors have long fought tooth and nail against the fossil fuel industry. One can even argue that ESG investing came into existence as a reaction against the adverse effects of fossil fuel exploration and usage on climate. Climate change has become a mainstream political issue in the last decade, and now most people realize the dangers posed by the continued use of fossil fuels.

BP’s recent announcements vindicate ESG investors and are a sign that ESG investors have been right from the beginning about fossil fuels. This changed attitude of oil companies is also a direct result of the pressure applied by ESG investors. Today’s ESG investors command trillions of dollars and are a force to be reckoned with. Fossil fuel companies can no longer overlook this significant group of investors who place environment, society, and governance above profits.

That being said, alternative data gives us a reality check into the actual impacts that BP's existing assets have on the world, and a look into business practices that have a long way to go. The shift to a carbon zero will require much more than just moving to renewable energy, and as BP said themselves they will "create a very different company by 2030". Both inside and out.

Get the data at esganalytics.io

Tracking the Carbon Intensity of Your Portfolio

How alternative data can lend clarity and transparency to company analysis